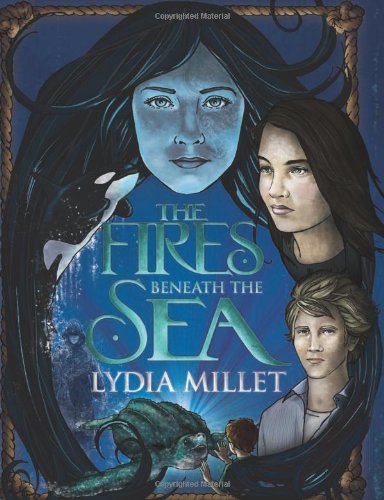 The Fires Beneath the Sea

Cara is stuck in the middle of these questions, wondering what to do.  Her older brother, Max is moving into high school.  He’s a great guy but he’s got lots on his mind.  Jax, her younger brother, is different.  He’s brilliant, but in the way that makes you feel as though he should be protected.  He has the amazing ability of reading minds.  If he wants to, Jax can know what she is thinking and they can talk without a sound.  They don’t because it is totally unnerving, but when the Pouring Man begins to move through water into their lives and signs and visions become more intense, Cara knows they must do something, but they must do it together.  The power is in three.  What they do will amaze you.  Cara’s mother, Cara’s family is much more than you imagine.

The struggle between good and evil is strong in The Fires Beneath the Sea making it a great choice for fantasy lovers.  The struggle has begun because humans have put earth’s balance in peril so there’s an environmental twist too. And for readers who like strong, real characters to move through the story with, you couldn’t ask for better. The Fires Beneath the Sea is the first in the “Dissenters” series.   I will be reading them as soon as they are released.  I know you will too