Roald Dahl had so many great books! I will share a few of his that I liked so much that I have read so many times. Boy and Going Solo I have already reviewed, but the ones that I’m going to review are shorter reads and are just as great.

Charlie and the Chocolate Factory 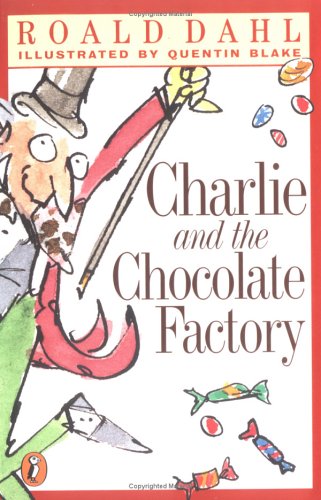 5 Golden Tickets are released into 5 Wonka candy bars all around the world. After 4 tickets our found, Charlie’s parents, struggling to ‘make end’s meat’, give him a chocolate bar and as expected, no ticket. But by some miraculous stroke of luck, Charlie gets a golden ticket. The spectacular adventure that awaits him is far more than anything that he could have imagined. But meeting Mr. Wonka himself is one of the unimaginable adventures in itself. This has two movie takes on it and again, is one of Roald Dahl’s Ultimate Classics.

The Greggs are a normal family. They live in their normal house, go about their daily activities. The dad and his sons hunt. But this makes their eight year old neighbor very cross. And being cross is the thing that activates her ‘magic finger.’ Her magic finger punishes people for the things that make her cross. For example, the magic finger turned her teacher into a cat because the teacher called her stupid. And now the magic finger has done something horrendous to the Greggs, without the girl being able to control it. This is a quick read, but so not underestimate this book at all.

The Enormous Crocodile is a VERY ENORMOUS CROCODILE! And he wants to dine on some “sweet, juicy” children. But all of his animal friends try to talk him out of committing this “dastardly deed”. The jungle animals cannot convince him not to do it, but they are not giving up. Read The Enormous Crocodile to find out what happens.

To view other Roald Dahl Book Reviews, go to the “Book Review List” page (link found about book picture at top of screen) and find his books.