(Maybe the title’s too long.) 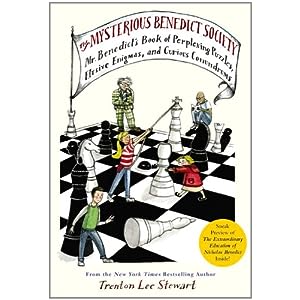 Now, on to the book! There are all different types of puzzles in this awesome book. There are poem puzzles, test puzzles, bucket puzzles, and a ton more MBS related puzzles! Here is a puzzle for you to try out:

S.Q. is often confused. In fact, he routinely mangles his words.

For each sentence spoken by S.Q., can you figure out what two similar words he might possibly mean?

If you would like to print this partial puzzle out and solve it, or give it to family or friends, drag the link to your desktop, open it then print it. Thanks and Enjoy!