509 pages of action, mythology and history combined into a very satisfying series.

The two that become one – the twins of legend – the gold and the silver- one to save the world and one to destroy it.  The entire six-book series happens in the space of ten days.  The Enchantress wraps this series and story up beautifully bringing all the time, mythology and magic of each age together to create a new world of energy and hope.

Josh and Sophie Newman, the gold and silver, are on one island, Danu Talis.  They have the four elemental swords and are seeking to understand the powers arranged around and before them.  Will one age fall so another can rise?  Is all of time known and foretold since the mysterious beginning?  Is the path of one’s destiny defined, or are there choices?

At the same time Nicholas and Perenelle Flammel are on Alcatraz with the monsters of old trying to defend the right of the humans to take their place in the flow to time.  The aftermath of these two epic battles create the magic of our time.  Some Immortals have reached the end of their times, others remain and still more will learn of the elemental magics that unite us all in the ebb and flow of time and life.

Michael Scott does a masterful job combining and entwining mythologies, gods and magically strong characters throughout history.  It is interesting how order emerges only from chaos and the dawning of hope only begins after a clash of power.  Where are we in this process of time today?

You know from the cover, the subtitle (or, how Jodie O’Rodeo and her wonder horse (and some nerdy kid) saved the U.S. presidential election from a mad genius criminal mastermind), the end pages and the title page that this book will make you snicker – at least.

Lenny Junior (the nerdy kid) begins his story with a warning. “Don’t ever buy a fake mustache as Sven’s Fair Price Store.”  He goes on to explain that is an awesome place for fake noses or thumbs or fake laughter machines, but not mustaches.  They are TOO good because they’re made from real Belgian mustache hair (apparently men grow their mustaches for a year before cutting them off to sell to the Heidelberg Novelty Company) and being real hair are expensive.  “But they’re worth it…if you really want a good fake mustache – which you don’t!  It’ll only lead to trouble.  That’s what I’m trying to tell you.”

Just after Lenny Junior and his only friend, Casper, go to Sven’s strange things happen in Hairsprinkle.  There are bank robberies, corporate takeovers and fixed elections.  Lenny knows Casper is the culprit.  The bank security camera clearly show that the ringleader is dressed as a “man-about-town” and is sporting a spectacular handlebar mustache.  Those at the exact two things Casper spent his birthday money on the day before.  Lenny tries to get help and because of this he is named the “Evil One” and becomes most wanted while Casper’s (newly elected Mayor, Fako Mustacho) evil takeover plans unfold.

Fortunately for Lenny Junior it is Halloween so being in disguise is acceptable and by some twist of trolley car fate, Lenny meets the real live person he is dressed up as, Jodie O’Rodeo.  She seems genuinely nice and both soon realize the future of Hairsprinkle, in fact the world, is in their hands.  With only booger shooting nasal guns, electric shock gum and the ultra-sticky-stretchy grabber hand along with their wits they must work together to save the world.  Can they stop Fako Mustacho before it is too late?

You’ll have to smile your way to the ending to find out.  Really, who doesn’t love a good “slappy hand?”

North America has split into 12 districts. When the number gets higher the poorer the district gets. A girl in district 12 named Katniss Everdeen is having a tough time getting food for her familiy, on top of her father dying, and having her mother in the house since the tragedy happened. But with her extreme skill in archery she manages to get by. The Hunger Games are approaching and the picking of the contestants is about to begin. The  hunger games is where one person from each district is choosen to compete in an arena in the capital where the contestants are to fight for their lives. The last one to live is the winner and gets to live in one of the Victor’s Mansions in their district. When the hunger games picks her sister, Primrose, Katniss takes her sisters place to be in the hunger games. Along with her teammate Peta Melark they head to the arena where Katniss uses her extreme archery skill to battle for her life.

A movie of The Hunger Games is coming out in March! 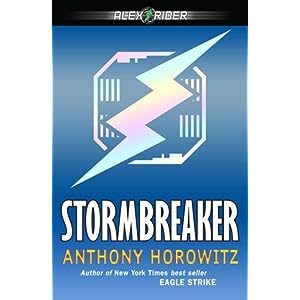