Theodore Seuss Geisel (Dr. Seuss) is one of the most valued children’s books writers of American history. You probably know him because of The Cat in the Hat or Green Eggs and Ham, but most people don’t know who he really is and his story.

He was born on March 4th, 1904. He was raised on Fairfield Street in Springfield, Massachusetts and attended Springfield Central High School. After High School, he attended Dartmouth College in New Hampshire. His writing and drawing and humor really took off there. He became editor of Jack-o-Lantern, the school’s humor magazine. In his senior year he was stripped of that job due to drinking during the times of Prohibition, so he started publishing cartoons under various pseudonyms including Dr. Seuss. That is when he officially adopted his pen name.

He married a Dartmouth classmate Helen Palmer, and his first real success was the “Quick, Henry, the Flit!” This catchphrase was featured in advertisements for the Flit bug repellent. The ads were of someone saying to Henry the catchphrase when there looked to be a massive cloud of bugs bearing down upon them. That phrase was the “Got Milk” of that time; everyone knew it. For the next three decades of his life, he made advertisements for all different companies, including GE, Ford, and many other big names.

His first children’s book was And to Think That I Saw It on Mulberry Street and he wrote eleven others until his HUGE success, The Cat in The Hat.  It is what he is most known for. The book surfaced from the Doctor’s ( 🙂 ) friend from the publishing company Houghton Mifflin asking him to write a book with 225 words that first graders should know. The Houghton Mifflin director also wanted the book to be entertaining for the kids. In nine months, Dr. Seuss had used 223 of the words and included 13 more in The Cat in The Hat. There has been a TV show made from it as well as a film. It really took off with the kids and parents of America.

March 2nd, a few days ago, would have been Seuss’ 109th birthday. But people have not forgotten. For one, Green Eggs and Ham and The Cat in The Hat are number 5th and 9th on the all time best selling children’s books. But also Dr. Seuss’ birthday has been made National Read Across America Day by the National Education Association (NEA). It was created to promote reading in America, which fits him perfectly!

Ray Bradbury was a very accomplished short story and novel writer. Born on August 22, 1920, Mr. Bradbury started writing when he was eighteen and has been writing science fiction, fantasy and mystery stories ever since. His stories very very different and fascinating, as a lot of them take place on planets with no known life on them. For  my 6th grade language arts class I had to read his short story “All Summer in a Day” and when I first read it, I was ambivalent because of the story’s mixed messages. But upon reflection in the book report, I realized the message of Bradbury’s story. It is because of this moment, the AHA moment that made me appreciate the story even more.  A funny thing is that when I was telling my mom about the reading, she said, “Wait! Is that the story with Margot and the rain? I had to read that for my English class in elementary school.” His stories were old and so was he when he died at age 91, having accomplished so much in his life. RIP Ray Bradbury. 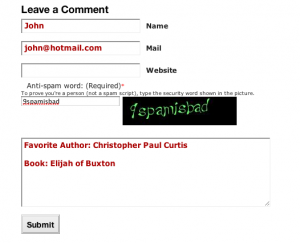 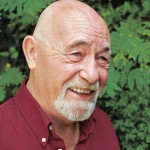 He was 71. How he passed I don’t know, but he had a successful life. He wrote 23 Redwall books and wrote some other books. Seven Strange and Ghostly Tales and The Ribbajack and Other Curious Yarns are two other books of his. But his Redwall series was by far the most popular. I think Brian Jacques was the best animal fantasy writer of all time. Brian Jacques wrote more than 30 books! I say that is an impressive feat. Long live the spirit of Redwall!! Click here to see the Redwall website.