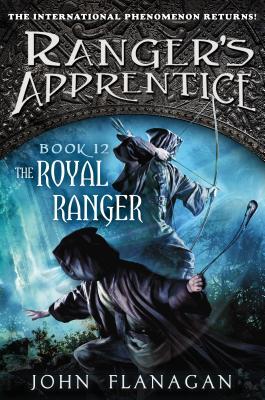 an exciting adventure for intermediate and middle grade readers – love the characters, the action and commitment of people to others

I was so excited to see Ranger’s Apprentice  by John Flanagan.  I admired the characters of the Ranger’s Apprentice series –   Will, Evenlyn, Horace.  I appreciated how time passed in the series and how these characters changed and grew to accept the responsibilities of leadership in their beloved Araluen.    I lived along side them and walked every step of the way in their efforts to stand for all that is good among people.  I celebrated with Halt and Pauline and mourned the loss of Alyss.   I knew her death would be so devastating to Will.

And it was.  It cast Gillen into the disturbing dilemma where he might be force to remove Will from the Ranger Corp.  On the brink of being forced to make this devastating decision, Halt has an idea.  He makes a suggestion that could lead Will away from the path of self-destruction, aid Cassandra and Horace at a time when their leadership must be sure and unclouded and bring new life into the faltering Corp.  Everything is about to change in The Royal Ranger – the balance rests in the heart, hands and head of one girl.  Will she rise to the challenge of change and demands of commitments made?  Is she strong enough, talented enough, dedicated enough?  You’ll have to read book 12 to find out. I don’t think you’ll be disappointed – unless you’re like me and found it over too soon.